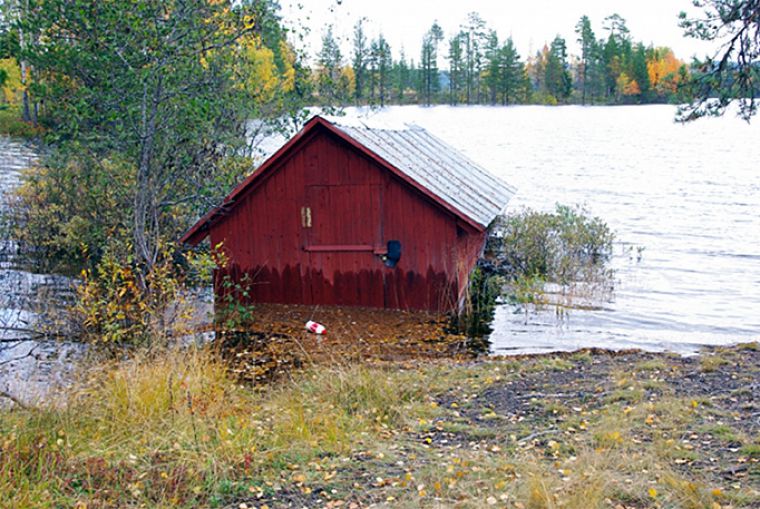 Flooding might become more common in the future as precipitation increases.

In this region, rainfall is expected to increase by approximately 20% over the next 50 years. Temperature is believed to increase by two degrees. We do not yet know exactly what consequences that may bring. Ecosystems with species adapted to cold water, such as trout and arctic char are though likely to be adversely affected. Higher temperatures will change the composition of species in the ecosystem, ie species that thrive in warmer water is favored while species adapted to cold water become less and in the long run extinct. One risk is that these species, will completely avoid the warmer water, which has the consequence that large areas will lose their fish stocks.

Higher temperatures favor the biological growth in the water which clouds the water and increases algal bloom - especially in combination with elevated nutrient levels. Climate change is thus a serious threat to these ecosystems.

Climate change is a global threat and is difficult to combat on local level. What we can do is to improve the environment to prevent the disruption of influence. This increases the resilience and the chance that the ecosystems are able to adapt to the climate changes.