Billstaån was for a long time an important nerve for the Hackås countryside. In part, it was used to float timber from the forests above Näkten to lake Storsjön and on. It was also valuable for power generation in mills, saws and other small industries. Since the beginning of the 20th century there has also been a producer of power plants in the river.

The river has historically been of great importance as a play and growing area for fish, both in the lake Näkten and the lake Storsjön. The biological conditions have been very good and there are several stories about having once been incredibly rich in fish. Naturally, all activity in the river has had a significant impact on the habitat of fish, insects and other animals, as well as acess to the habitat. Because of power dams, the river has been closed to migratory fish for the last about hundred years.

As the largest subproject within Triple Lakes, Jämtkraft has now built fish passages around three ponds and an older intake pound in the river has been taken out. This means that trout and grayling again have the opportunity to wander out into the river to play, live and grow to one day return to the lake.

To improve the quality of the habitat that is now available and to recreate an environment as natural as possible, we have worked with traditional watercourse restoration along several sections of the river. The river, among other things, from its good water chemistry and residual stock of migratory trout is deemed to have a very good potential to become a site that is unique for the area again. In the long term, river pearl mussels can be reintroduced into the river. With its good water chemistry and a hopefully large trout stock in the long run, there are good conditions for it to develop into a very good mussel water. 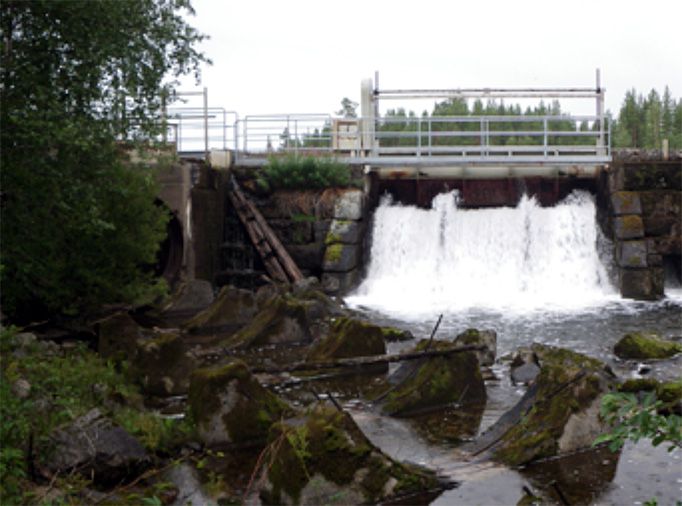 An old dam no longer needed for energy production, that now has been removed.